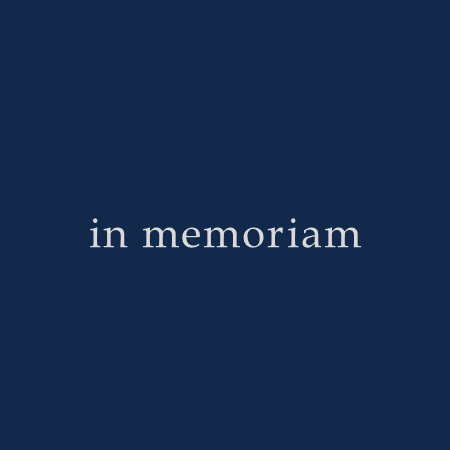 Nelson J. Leonard, one of the most important chemists of the twentieth century, died today at his home in Pasadena, California.  Leonard was not only a master in the application of organic synthesis to the solution of important problems in chemistry, biochemistry, and plant physiology, but very highly regarded as a professional colleague.

Leonard was born on September 1, 1916, grew up in Bronxville, New York, and attended Lehigh University in Bethlehem, Pennsylvania, before moving to Oxford University as a Rhodes Scholar.  The beginning of World War II in September 1939 forced Leonard’s return to the United States.  Chemistry was not the only part of Leonard’s life that was interrupted by the war.  Through family connections, he had met and fallen in love with Louise Cornelie Vermey of the Netherlands.  They became engaged, but were not able to see each other again until the end of the war in 1945 and were unable to arrange for her journey to the U.S. and marriage until 1947.

Upon his return to the U.S., Leonard continued his graduate education in chemistry, concluding with a PhD in 1942 at Columbia University.  His research, which consisted of structure establishment and partial synthesis of alstonine, a naturally occurring antimalarial compound, was performed under the direction of Robert C. Elderfield.

A postdoctoral research assistantship brought Leonard to the University of Illinois, Urbana-Champaign, where he worked with the renowned Professor Roger Adams on Senecio alkaloids.  Teaching duties were added in 1943, which grew to include U.S. Navy and U.S. Army units passing through the University of Illinois.  He joined a team led by Professors Charles C. Price, III and Harold R. Snyder engaged in research to forward the synthesis and production of the important antimalarial drug, Chloroquine, in time for its use in the Pacific theater.  At the end of the war, during 1945 and 1946, Leonard served as a Scientific Consultant and Special Investigator in the Field Intelligence Agency Technical (FIAT), U.S. Army and U.S. Department of Commerce, European Theater.  He returned to the University of Illinois where he became a world leader in organic chemistry and a founder of the field of bioorganic chemistry.  He retired in 1986 as the R. C. Fuson Professor of Chemistry.  At the time of his retirement in 1986, the Nelson J. Leonard Distinguished Lecturer series, set up by Mrs. Louise Leonard, Eli Lilly and Company, the Monsanto Company, Organic Syntheses, Inc., and Professor Leonard’s colleagues and students was initiated.  At the University of Illinois, he published over 400 papers and directed over 200 graduate students and postdoctoral associates.  Beginning in 1992, he held the position of faculty associate in chemistry at the California Institute of Technology.

From 1943 until 1955, Leonard combined his academic work in chemistry with a flourishing musical career, as he made solo appearances as a bass-baritone in choral works with the Chicago, Cleveland, and St. Louis Symphony Orchestras.  When in 1955 Leonard was elected to membership in the National Academy of Sciences, he felt that, if his peers had chosen to recognize him as a chemist, then he had “better do something about it.”  The heavy professional demands of chemistry meant that there were no more singing performances.

In collaboration with Professor Folke Skoog, a plant physiologist at the University of Wisconsin, Leonard carried out extensive investigations of organic compounds that initiate plant, flower, and tree growth from tissue culture, technology that is central to horticultural and agricultural development.  He also had a fruitful collaboration with Professor Gregorio Weber (1916-1997) at the University of Illinois in making fluorescent derivatives of the nucleic acid bases so that their location in an enzyme or structural protein could be established.  Later during his career, in work that he often described as his best, he and his coworkers became involved in the synthesis and examination of surrogates of the purine-pyrimidine base pairs of the DNA/RNA, Watson-Crick double-helical cross sections that possess similar peripheral dimensions and orientations.  They also developed coplanar, covalently-linked cross sections in oligodeoxynucleotides.  His techniques for derivatization of nucleosides, nucleotides, and coenzymes and the preparation of fluorescent probes and artificial DNA, placed him among the most often quoted scientists.  In addition to his early election to membership in the National Academy of Sciences, Leonard was a fellow of the American Academy of Arts and Sciences and a member of the American Philosophical Society.  His research distinctions included the prestigious Roger Adams Award in Organic Chemistry (1981) and Arthur C. Cope Scholar Award (1995) of the American Chemical Society.

Leonard is survived by his wife, Peggy Phelps; his daughter, Marcia, of Maplewood, NJ; his sons Kenneth, of Agoura Hills, CA; James of Olympia, WA; and David of Seattle, WA; and seven grandchildren. His first wife, Louise Vermey Leonard, died in 1987. A memorial service is planned for November 13 at All Saints Church, 132 N. Euclid Avenue, Pasadena.  Memorial donations should be made to the Nelson J. Leonard Fund at the Pasadena Symphony.