On March 14, 2019, Professor Zaida (Zan) Luthey-Schulten was invested as the Murchison-Mallory Endowed Chair in Chemistry at a ceremony on the Urbana campus. Investiture as a named chair or professor is one of the highest honors that a faculty member can receive. The chair was established by Dr. Meredith Mallory Jr. in 1995 to aid the university in its efforts to provide fundamental instruction to undergraduate students in fields such as engineering and medicine, as well as chemistry. Mallory was keenly interested in novel ways to integrate theoretical and applied research findings as well as historical perspectives into the introductory chemistry curriculum. The chair is named for Mallory, who died in 2012, and his wife Patricia Murchison, who died in 1980.

Professor Luthey-Schulten is a co-director of the Center for the Physics of Living Cells at the University of Illinois at Urbana-Champaign, a National Science Foundation Physics Frontier Program. She is also a co-investigator in the National Institutes of Health Center for Macromolecular Modeling and Bioinformatics at the Beckman Institute, and the NASA Astrobiology Center for Universal Biology at the Carl Woese Institute of Genomic Biology. She received her MS and PhD degrees in applied mathematics and chemistry from Harvard University and her postdoctoral training in biological physics at the Max-Planck Institute for Biophysical Chemistry in Göttingen, Germany. She was a research associate in the Department of Theoretical Physics at the Technical University of Munich before returning to the USA. Luthey-Schulten joined the University of Illinois in 1987 and was named the William H. and Janet G. Lycan Professor of Chemistry in 2009. For her work with Peter Wolynes and Jose Onuchic on the energy landscape theory of protein folding, she became a Fellow of the American Physical Society in 2000. For her development of whole cell simulations modeling reaction-diffusion networks and metabolic pathways in entire cells, she became a Fellow of the Advanced Studies Institute at the Ludwig Maximilian University  of Munich in 2014 and a Fellow of the Biophysical Society in 2019.

Her research group develops the GPU-based software Lattice Microbes for spatially-resolved simulations of stochastic processes in whole cells at biologically relevant length (micron), time (hours), and concentration (nanomolar to millimolar) scales. The most recent applications of her whole cell simulations are to bacteria, including the minimal bacterial cell, in collaboration with the J. Craig Venter Institute and to the modeling of genetic switches in small eukaryotic cells. Her work integrates genomic information and imaging data from super-resolution and cryo-electron tomography experiments, allowing her to produce realistic and predictive kinetic models of complex cellular functions and networks. She is currently working to extend her hybrid stochastic-deterministic simulations to model processes within the nucleus of human stem cells and its cellular organization. 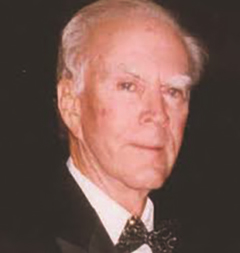 Born in Batavia, Illinois, Dr. Meredith Mallory Jr. studied chemistry at the University of Illinois and received his bachelor’s degree in 1940. In 1944, he received an MD at Tulane University and in the same year became a commissioned officer in the Army Medical Corps. Mallory began his career on active duty in World War II while still in medical training. He specialized in the effects of radiation and was part of a medical team that monitored the safety of staff exposed to radiation from bomb tests in the Pacific Ocean. He was subsequently promoted into an administrative position and worked at the General Staff College, ultimately becoming division surgeon of the  7th Infantry Division in the Korean War. He was an expert in emergency treatment and resuscitation procedures, and he helped institute significant improvements in the treatment of wounded personnel during the Korean War.

In 1990, Mallory was named to the University of Illinois President’s Council and the College of Liberal Arts & Sciences Dean’s Council. In that same year, he received  the Gene Holmgren Outstanding Volunteer Leadership Award, sponsored by the YMCA in San Antonio. In 1992,  he was named to the Bronze Circle of the College of Liberal Arts & Sciences for his distinguished loyalty and support in the pursuit of excellence in education, scholarship, and service.

Read about the ceremony here.